The Fedora hat is a mythical and classical accessory of the hat world. It's a large-brimmed or medium-brimmed hat with three holes (one on the top and two on the front, shaping "dimples"). Originally for men, it's nowadays more and more appreciated by women.

Its shape, full of charisma, gives it the allure of a leader, of a chief, of an adventurer. It also allows the model to be seized easily with one hand, in order to be lifted before ladies.

The other name of the Fedora is " Borsalino", from the one who gave it its contemporary shape -- the milliner Giuseppe Borsalino who made it its flagship model. It became famous and spread through the entire world from 1900 when it won a prize at the Universal Exhibition of Paris.

Now let's decipher the history of this headdress which is the most successful model by far.

Several theories as for the origin of the Fedora


A woman as an Egerie

Although it is a very male hat, the name "Fedora" stems from a theatrical presentation of the French author Victorien Sardou, presented in Paris in 1882 and which heroine, Sarah Bernhardt, played the role "Fedora".

It's a police drama which will even be made into a three-act opera, a few years later. For the role, the actor Sarah Bernhardt was wearing a soft felt hat which would be the star accessory of that time. Over time, it would become the headgear of tough guys, of Chicago gangsters, of private detectives, of reporters and of almost all men, above all in the 30s.

Later on, the suffragists, the women who revindicate equality of civil rights will choose the Fedora as a sign of belonging to the movement.

At that time, the bowler hat was the most popular. During long walks towards Italian unification, demonstrations were violently punished and hats clobbered. They were then distorted, with a slot in the middle, which would inspire Giuseppe Borsalino (1835-1900), the founder of the eponymous brand.

He created a design that allowed you to easily lift your hat by pressing on the sides.

The Fedora at the cinema


At the cinema, the Fedora appears many times. The most famous is of course in Indiana Jones. Harrison Ford wears it on an adventurer's outfit, in a so-called "safari" style (lowered brims on the back). And that only enhances the charisma and the allure of professor Jones Jr. Besides, the hat saw its sales rocket up thanks to the movie. The way he's wearing it, a brim falling on the front and on the back just seduce more than one.

The Fedora has also been also worn by Humphrey Bogart in the movie Casablanca. It has also been worn by Alain Demon and Jean-Paul Belmondo in the film Borsalino. 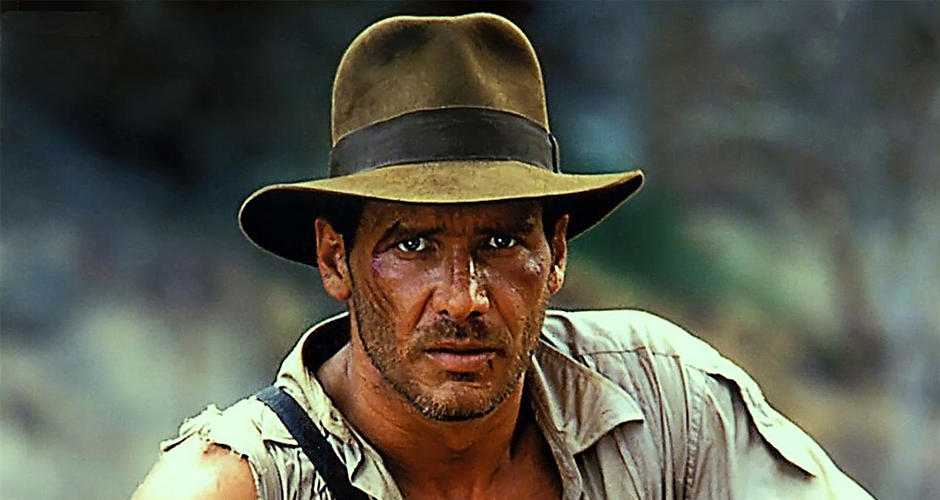 Generally, hats have always occupied -- and the Fedora particularly -- a prime position in the seventh art. And it will still be case for a long time. It is the hat by excellence, the one that must be in your wardrobe if you must choose only one model! You'll then be able to show everywhere while proudly telling its history.
Our selection 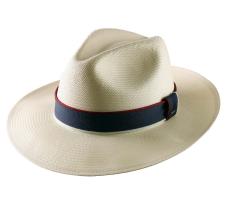 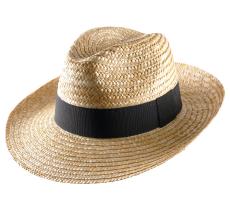 £ 68.00
Panama Brisa
Woven in Ecuador
Made in Italy 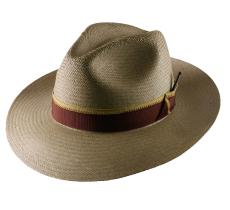 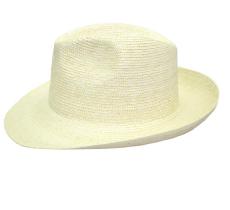 Custom your hat
£ 59.00
My Wide Straw Fedora
Made in France
Straw-braided in Italy 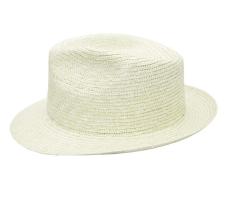 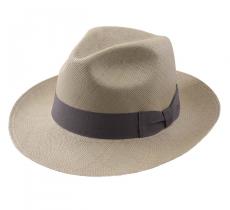