Which festival hat to wear this summer?

The beautiful days are the starting bang of festivals all around the world, in France, in Belgium or in California with its famous Coachella festival. The festival hat is the must-have to keep with you and protect yourself from the sun, first, but also to adopt a foolproof style since it is the place where allure is relevant! So wake the festival-goer inside you!


The festival season is open

Good music, crazy atmosphere and a very hot sunshine, these are the ingredients to organize a festival worthy of the name! Depending on the event you are attending, an adapted festival outfit is compulsory.

Taking part to a festival is hardly restful. You must face climatic conditions, brave the rain and the wind or, on the contrary, get a protection against the sunburns. The real ones know that the successful and most affordable plan is to go camping to benefit from the few days of the festival. You will need to equip yourself with the basics and the essentials by preparing in advance your outfit!

So let's scan the hats to get in order to spend the most beautiful of the festivals. Many styles are competing: the straw hat for a summer hippie look and at the forefront the boater, the floppy, the panama, the traveller hat worthy of the cowboys << made in USA >> or the small handy hat such as the trilby, the porkpie or the bob. Obviously, prefer the flexible headwears that can be packed or rolled and placed in a small bag. Practicality is the number 1 rule.


If you want to be the most original, think about our customization module which allows to get a bespoke hat: choosing a ribbon, a feather and the coloring within a large palette. Be the star of the festival-goers with your customized hat!


A festival = An outfit

Gone are high-heeled shoes and other top chic pieces! Here is our guide to associate to your festival hat.

Coachella is considered as one of the best festivals in the world, where the society top of the crop meet since 1999. Held in late April of each year, it is the musical event that launches the season of the festivals. In the desert of California, rock, electro and hip hop music resound during two weekends. With your round sunglasses that would make John Lennon jealous, you will display a long flower dress of a bohemian style, with your gladiator sandals and your buckskin fringe bag. But do not forget your floppy Toyo Flapper.

If you want to do a good deed, what better idea than to attend Solidays?! Created in 1999, it is a festival organized by Solidarité Dida which aim at raising money for the fight against AIDS. In the racecourse of Longchamp, hundreds of thousands of festival-goers meet there each year at the end of June. Your outfit which is composed of a lace top topped with a kimono and high-waisted jeans will be perfect for this event. Associated with cowboy boots, a bag and your boater Guinguette, you will ally elegance and lightness.

Tomorrowland is THE electro-dance festival. Created in 2005, this yearly event is organized in July near Anvers, in Belgium. Dressed with a playsuit with ethnic grounds, with your canvas sneakers and with a mini backpack, you will shine with your golden ephemeral tattoos and your summer panama.

In mid-July of each year, the big names from the French and international chanson to the "Vieilles Charrues" meet there. Since 1992, rock, electro and rap "ambiance" the city of Carhaix, in Brittany. Your <<  made in France >> look  will know how to delight the others festival-goers with your striped jersey and your low-waisted denim short. Combined with your rubber boots and your porkpie hat Bari, you will surely brave the typically Breton weather.

Nearby the biggest natural lake of France, the festival Musilac brings freshness and relaxation to our list of festivals. Pop, rock and electro join each other in the commune of Aix-les-Bains, in Savoy, during the month of July and for more than 15 years now. Armed with your skin-tight body, with your long and open dress, with your flat sandals and of course with your mirror sunglasses and a magnificent panama El Auténtico, you will make a great splash!

Last rendezvous to close the summer festival season: Rock en Seine. In the end of August, it is the indie rock which is honored with headliners such as Liam Gallagher, Arctic Monkeys or Iggy Pop. Your look will be complemented with high boots, a long-waisted faded short, a t-shirt of the Rolling Stones and aviator sunglasses. To finish your rock style, take your felt hat Le Nouveau Marginal in case of grayness.


For those men, the short, the tank top and sneakers will be your best allies. With that, you will keep on being relaxed and comfortable all the festival long. For beer lovers, we advise you the trilby Luke hat which is endowed of a removable bottle opener in its braid. Of course, we've thought about everything!


Let's now conclude with some small survival tips that will be useful for a festival:

1)   Bring your best sunscreens. Of course, flaky skin is not sexy at all...

2)   Hydrate yourself frequently, what could be worse than be thirsty during a concert?

3)   And last, don't forget your favorite hat.
Our selection 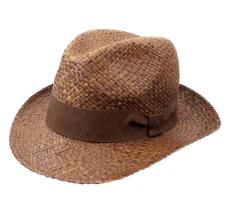 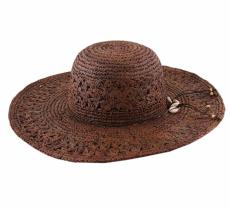 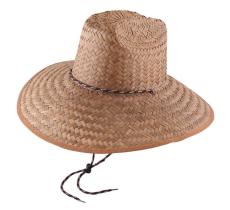 £ 67.00
Panama Brisa Diamond
Woven in Ecuador
Made in Italy 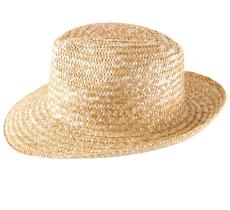 Custom your hat
£ 44.90
My Straw Fedora
Natural straw
Made in France 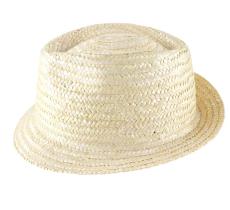 Custom your hat
£ 43.00
My Straw Trilby
Straw
Made in France 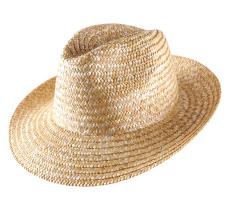 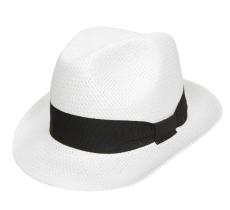 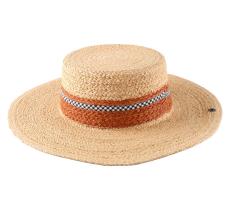 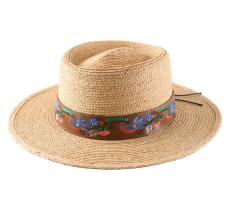